History In The Re-Making 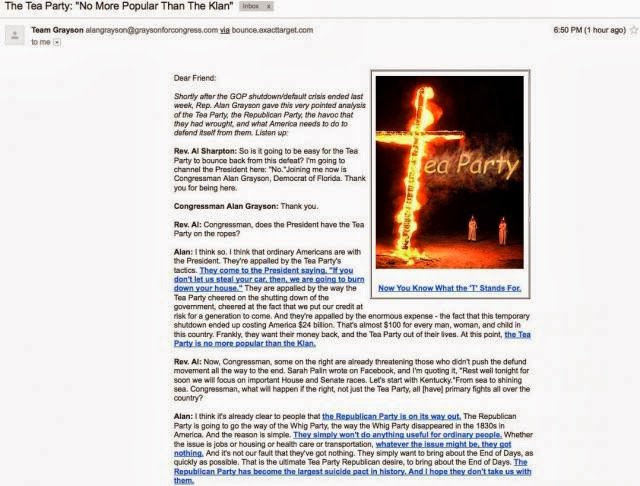 For the benefit of any of you who recently graduated from a public high school or otherwise flunked U.S. History, or are very low information voters, here's the scoop.

First: The Tea Party is a conservative leaning group, tending to the right side of the Republican party.
Second: The Republican Party was founded for the express purpose of abolishing slavery.
Third: The Democratic Party, while not founded for that purpose, was the staunch supported of slavery.
Fourth: The KKK, whose trade mark was the burning cross pictured above, is the militant wing of the Democratic party, founded to keep blacks, if not enslaved, at least in subservient positions. The burning cross is emblematic of the left, not the right.

On a similar note is the left's practice of denouncing the right as either Nazis or Fascists. This derives from the 1930's when pretty much the whole world was run by the left, the only difference being one of degree. When Stalin, darling of the New York Times who held down the position of leftmost leader, denounced Hitler and Mussolini as right-wingers, he was correct, at least from his point of view. The practice continues to this day with anyone to the right of the New York Times being called a right-wing Nazi or Fascist.

Complete article from which the above clip was extracted is at The Weekly Standard, here.