Things I've noticed over the years:

The Dems adopted the DFL platform which was pretty much the CPUSA platform back in the 30's. The abject failure of those ideas over the years has never been a reason to change, so they simply lie about what they plan to do. This results in the Dems winning elections whenever they can find a candidate with good hair and no voting record who can lie with a straight face. This election will be no different.

In the debates, which they presume the Reps will not be watching, they put forth what they want to do. So far we have

I'm sure there will be more, but since they don't like to talk about it you'll have to follow their pontifications while they're on the stump but make no mistake, these items ARE the party platform whether they write them in officially or not. Note no mention of the debt. Oh well the Reps probably won't mention it either.

The SCOTUS has ruled that gerrymandering is strictly a state issue so look for lots of it post census. Some states have laws limiting this but you know no legislator worthy of his baksheeh would sponsor such a thing. Maybe a popular referendum if that's permitted.
Posted by Billll at 9:31 AM No comments:

In an editorial in today's WSJ Bernie opines:


"His (Trumps) policies coddle fellow oligarchs while leaving ordinary people at the mercy of the free market."

And he wants to be president, assuring us that Socialism will work this time with himself at the wheel.
Posted by Billll at 11:33 AM No comments:

Dave Burge has a suggestion for schools trying to figure out what to do now that Robert E. Lee Sr High is no longer PC. In an effort to help with the exorbitant cost of changing the signage and the mascot, here are some suggestions:

Lee Van Cleef was also suggested and I will propose they become the Lee Van Cleef Badasses.
How about the Lee DeForest Tubes?

Posted by Billll at 4:46 PM No comments:

But possibly related to my impending geezerhood, I went out today for a medium length bike ride. 25-30 miles. There is a spot where University Blvd passes under I-25 where the sidewalk consists of a narrow strip of concrete with 6 inch curbs on either side of it, and includes a 90 degree turn at every spot where it proposes to cross a street. The streets it crosses are the on and off ramps to/from the freeway and the short bit (4x4 square) has the sharp turn to access it. On the other side, this is repeated, in one spot with a 120 degree right turn to be started before tour bike has completely cleared the off ramp. Off the concrete is a dropoff into the weeds which will require you to pick up your bike and place it back on the pavement.

I suppose I will recover from the scuffed knee eventually.

I have done rides like this 2 or 3 times this year already and had no real problems from them but today my knees are taking the rest of me to the Hague to be charged with crimes against humanity
Posted by Billll at 6:08 PM No comments:

Must be one of those specialty rounds for the 12 ga:
This post is a test.
Posted by Billll at 8:21 PM 1 comment: 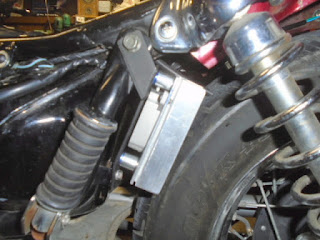 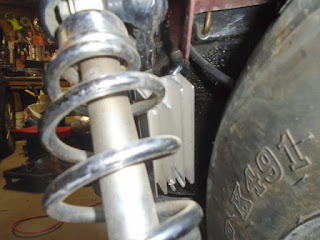 Need to put 5 miles on it around the 'hood to prove it is now ready for prime time. The neighbors will be somewhat annoyed, but tough.
Posted by Billll at 6:34 PM No comments:

Here's an idea that's guaranteed to work. First off I will state that it depends on your definition of gun violence, and I'm using the lefts definition which is that anyone found dead as a result of a bullet is a victim of gun violence. Stay with me here.

Here is a study of gun deaths in my state, and here

is a breakdown of the reasons. Click to enlarge. Note that here in Colorado the number of gun deaths ascribed to suicide seems to be about 75%, which is somewhat above the national average.

Recently our legislature has proposed to set up state-sanctioned "shooting galleries" (pardon the pun) where druggies of every type could go to use any drug they wished with state agents standing by to give first aid in case they look like they may have overdosed. This got voted down when it was suggested that the first such park be located across the street from the capitol building. My variation on this sort of overlaps the physician-assisted suicide idea in that id eliminates the physician who, after all, is supposed to be primarily interested in keeping you alive.

If you're feeling despondent, simply drop by one of these new offices, and pick up a single-use Fentanyl  kit which consists of a sterile syringe with a lethal dose of Fentanyl in it. Cost to the state should be near zero as the municipal police evidence lockers likely contain enough to go around. Take this anywhere you like, and shoot the whole thing. Voila! You're dead, and the death is not attributable to firearms. Instantly, the gun death rate is reduced by 75%.

Of course there will be abuses. People will pick up their free kit and only use half of it. The junkies will still be there, but the drug dealers will be severely impacted by the low-cost competition, driving some percentage of them out of business, plus it seems reasonable to expect that some percentage of the free dope users will eventually OD anyway. This should reduce the overall homicide rate as well without as many dealers competing for the best sales locations.

People like to proclaim "New Record" every time NICS check numbers exceed the previous year by some small amount, without taking into consideration that with the population increasing, the numbers can be expected to go up regularly.

Last month however, the numbers took a significant jump, putting May ahead of every May so far by a generous margin and ignoring the traditional trend of declining going in to the Summer: 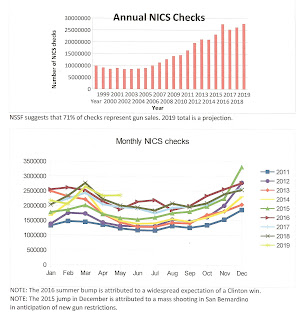 Not sure what might be causing this, maybe more disposable income among the population (possible), maybe increasing expectation of violent revolt (unlikely). or something else. Theories, anyone?
Posted by Billll at 4:15 PM 29 comments: 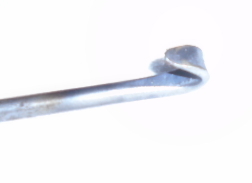 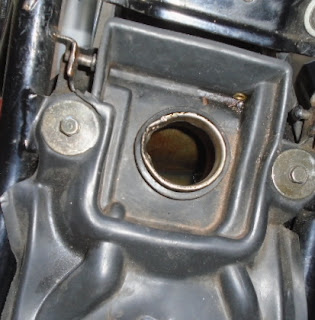 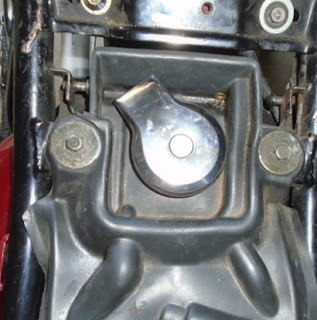 My variation on the song is that the motor sounded fine until it quit running with a flattened battery after 2 miles. The charging system is still not working.
Posted by Billll at 1:13 PM No comments:

Reps Pelosi, Waters, and Lee failed to show up.
Posted by Billll at 8:27 AM 1 comment:

Removed and reseated the carbs, this time using YamaGoop (r) sealant, and noting that while the intake spuds are almost identical, the operative word here is almost. The last fellow got the back one on the front and vice versa and got the clamps on wrong as well. All this seems to have eliminated an air leak in the intake so the motor runs much smoother now.

I installed the new stator and a replacement turn signal relay, and while the system voltage is now consistently in the 12.5 range, the turn signals are completely inoperative. Oh well. The final assembly leaks no oil and runs smooth.

Speaking of oil, since I needed to replace it anyway, I got oil and a filter and had at it. The filter is removed by first removing 3 screws on the right side and getting behind the cover. All 3 screws are different lengths, and all 3 were in there to the point that a cheater bar was required on the allen wrench. The first 2 came off with a scary pop as the threads broke loose, and the 3rd one gave me a wallered out screw head. No sweat, I'll drill the head out. Which I did after ruining 2 otherwise nice drill bits. A Cobalt bit from Ace Hardware finally did the job. The recalcitrant screw turns out to be an M6 x 95mm Socket head.

Ace Hardware doesn't have anything this long. Neither does the bigger, fancier Ace. Nor does Fasteners Inc who normally have everything. As it happens, neither does the Yamaha shop although they say they can order the screw from New York. The friendly local motorcycle salvage yard didn't have one either but they did have one about 5mm shorter which turns out to get me about 3 turns into the threads. By 3 PM Friday it looked like my last hope was a metric specialty shop conveniently located on the opposite side of town. Maybe Monday.

Last things to address are the gas tank which had the egg-shaped filler neck, and the front tire which refuses to seat on the rim. If I can beat the tank back to some semblance of round, I believe the flip-top cap the previous owner bought will snap in and out and do the job. This will be tricky. I may farm the tire job out and attribute this to laziness.
Posted by Billll at 7:38 PM 2 comments: