Lord! Do I hate this gloomy election stuff.

Yesterday a friend and I went to the range to evaluate a shooting drill to use in the club PCC matches. Based on a pistol drill from Shooting magazine if I remember right, the original drill calls for a 3 in circular target at 3 yards. The shooter stands with arms outstretched forward, gun holstered and loaded. At the signal he draws and fires 3 shots at the target. Par performance is 3 hits in 3 seconds or less.

This is based on somebody's description of a typical gunfight. 3 shots at 3 yards in 3 seconds. For us PCC shooters, the regimen needs to be somewhat different. We kept the 3 in target, started from low ready, and moved the target out until 3 seconds began to look about right.

Turns out the distance is probably 12 yards. At 12 yards Gary was getting all hits in about 2.5 seconds. I got one string like that, but I'm famously slow.

So there's a low ammo warmup stage. We didn't get to experiment further, but the A zone for a head shot on an IDPA target is 4 inches dia. Paint the head black except for the A zone and move it back to 16 yards. Same MOA and easy target availability. I think I'll make a 4 in mask to paint some targets with for the next match.

Posted by Billll at 4:01 PM No comments:

I hate to be such a pessimist, but has anyone noticed that the Georgia voting machines that "found" a big surge for Biden at the last minute, are the same ones being used for the 2 senate seat runoffs?

One should ask if the Dems will be winning in a huge landslide or by a more believable narrow margin. And what is the margin being set at?

Found this in an Epoch Times newsletter:

Posted by Billll at 7:17 AM No comments:

Second marriages, they say, are the triumph of hope over experience.

Like voting for democrats only with a higher success rate.
Posted by Billll at 8:28 PM No comments:

Have any of the voting machines or ballot counting servers been confiscated as evidence yet? If not, then why not?

If the electronic underpinnings of the voting process in Georgia have been jiggered to favor Biden, now that 2 counts of fraudulent totals have been counted, have the machines in question been diddled to affect the outcome of the upcoming runoffs?

Posted by Billll at 8:26 PM No comments:

Democrats today staged a dress rehearsal of the Harris/Biden Biden/Harris inauguration at an undisclosed location in Virginia featuring reenactors recruited from Antifa and BLM ranks. 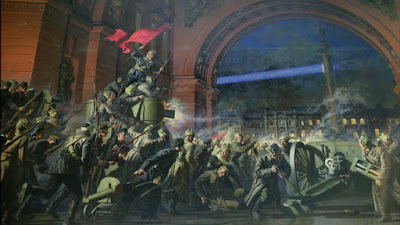 The event went smoothly with no serious casualties although several of the participants expressed disappointment that this wasn't the actual storming of the White House they had been promised, and that the mockup of the White House contained no items worthy of looting.

Posted by Billll at 7:53 AM No comments:

Several states now have cries for recounts in light of large scale skuldugery in the voting process. This strikes me as at best a delaying action and at worst, an exercise in futility. Let us posit that in some hypothetical zone, the voters cast 1M votes. At the same time, the voting machines added 20,000 votes to one of the candidates totals, giving him the win by say, 5000 votes. All evidence points to organized fraud, but what's the solution? A recount?

Posted by Billll at 9:42 AM No comments: 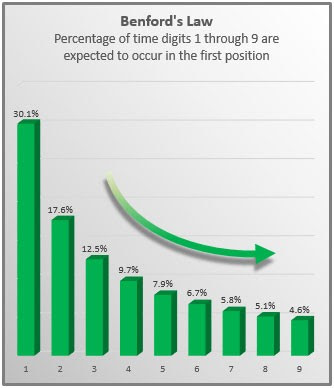 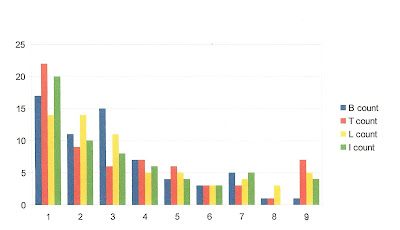 Posted by Billll at 8:48 PM No comments:

This map from Bijourennaisanceman (sp?) tells a story of things still being way up in the air. Al Gore got 37 days and multiple recounts before he was forced to give up, so President Trump should get no less. 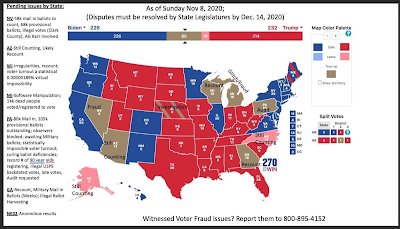 At this point it looks pretty reasonable to me although some of the tan colored states could probably be colored pink or light blue without actually assigning them to one side or the other. Is there fraud going on? Certainly! Is there any real chance that exposing it will actually change an outcome? Far less I'm thinking. Telling PA to segregate their ballots after they've been counted is a nice thought, but I suspect they've already been mixed together and the questionable ones are impossible to separate by now. Some "computer glitches" can seemingly be "unglitched"  as in MI but will that work anywhere else?

If Trump can pull this off and keep his 2 Senate seats in Georgia, there's a modest, but finite chance that some highly placed Democrats might go to jail. Otherwise nobody will be charged with anything and the green light to do this again in 2022 is given.

Having been informed that he won the election, Slow Joe has come out and read the obligatory "I won" speech for the press. In it he invites the Nazis he just defeated to put aside the small differences that separate them from his Democratic Socialist party, and join together to rule. Upcoming festivities include a reenactment of Lenin's storming of the Russian parliament to be performed at the White House using Antifa members as stand-ins for the Bolsheviks originally used.

Here's a suggestion sure to cement his popularity: Solve the Covid problem in about 2 weeks. This is easily done through a simple business deal in which Hunter Biden is given a seat on the board of directors of the company in China that makes the vaccine, and Joe will give the Chinese an exclusive contract to supply 350 Million doses of their vaccine.

The Chinese vaccine has been in testing in XinJiang province for about 6-8 months with the Uigher population there, and NO bad side effects have been reported. None. At all. Reported.

The Bidens have extensive experience with this sort of business deal so no problems are anticipated.

The MSM is now calling the election for Biden, and the Senate looks to be a 2-seat majority for Republicans. The problem with this is that both seats are subject to a runoff vote in Georgia in January. Both seats are heavily favored to go Republican BUT if they can be flipped, then the Senate would be tied with VP Harris casting the deciding vote.

I am expecting everyone from Putin and Xi to every billionaire in the world to be contributing to campaigns for these offices in the next 2 months making these the most expensive seats ever bought, possibly right up there with the presidency itself.

I pity the poor fools in Georgia, I really do.

It seems there's nothing wrong with me. A nodule on my liver was determined to be benign  as were a couple of nodules on my thyroid.

I also have no Covid symptoms.

Notwithstanding anything some of my liberal friends say, there is nothing toxic about me. For a slow, arthritic, old fart, I'm in pretty good shape. D'wife is even amazed that after all the scans of every sort I've endured in the last 3 years, that I don't glow in the dark.

AOC says she wants to begin collecting FB and Twitter posts to make up a list of people who colluded with Trump over the last 4 years so they can be targeted for exclusion from polite society and maybe sent to re-education centers lest they corrupt the youth or something. I'm watching real estate in Texas in case I have to relocate.

Gotta hand it to the Dems, they can sell guns like no others. 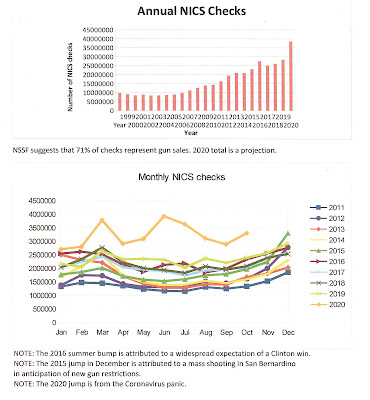 Given the state of the elections, I expect this trend will continue for at least 3-6 more months.

On the good side, I just scored 1000 primers and enough brass to keep me in good shape for a while.

Posted by Billll at 9:15 AM No comments:

Here's a map showing the outcome of the election as of 7 AM Nov 4. If you don't like it, keep in mind there are several others out there with different results. 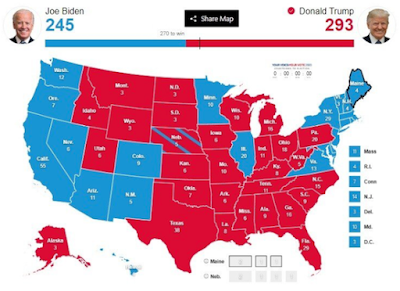 Back in 1960, the contest between Kennedy and Nixon came down to who might claim Illinois. Nixon handily carried the southern part of the state, and Kennedy was favored in the Chicago area. As the results came in with more and more of the rural districts going for Nixon, Mayor Daily (remember him?) kept delaying reporting the results from Cook County, telling us that the size and complexity of the area made counting difficult. Eventually the rest of the state finishes counting and certified their results, at which point Dailys people began finding boxes of ballots in the trunks of abandoned cars scattered around Chicago. Amazingly (!) they produced enough Kennedy votes to swing the state, and thus the presidency, to the Democrats. No one was fooled by this and Nixon was encouraged to contest the results, but being a perfect gentleman, he declined, and the rest is history.

Fast forward 80 years, and here's the same thing only scattered all across the country using boxes of absentee/mail-in ballots instead of abandoned Cadillacs. The technology has advanced to make the process slightly less obviously suspect, but nothing has actually changes and in a couple of states the process for verifying ballots has been effectively done away with so all the crooks need to do is fill out enough ballots to swing the result, and truck them over to the counting sites. Voila! Electoral victory!

Meantime, I suppose, that process will be masked by rioting Antifa and BLMs to draw attention away from the obvious frauds being perpetrated in the back rooms. I do wish the country the best of luck. We're going to need it.

Posted by Billll at 7:35 AM No comments: