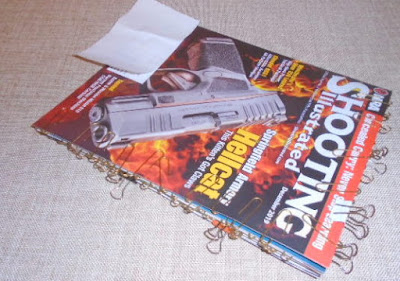 It even includes some high-capacity clips. No serial numbers, no registration, no background check and there's even room for more and larger clips.

See? Proof that the world is controlled by aliens from outer space!
Posted by Billll at 7:57 AM No comments: 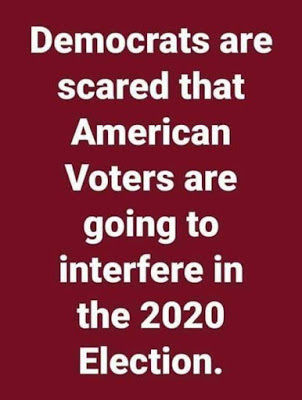 This would be a disaster. They interfered in 2016 and look how that turned out.

Actually they have nothing to worry about. Even though the big fish all seem to be Democrats, no one above the level of dog catcher has gone to jail for anything worse than the equivalent of a parking ticket.
Posted by Billll at 7:30 AM 1 comment:

Colorado has a 15 round limit on new magazines sold in this state. Magazines acquired before 1 Jul 2013 are grandfathered and since Mags don't generally have their birthdate marked on them, and since repair kits are not magazines, there is a healthy trade in repair kits. It also helps that most of the county sheriffs have stated that they have better things to do than to go about inspecting magazines.


The magazine law is certainly an infringement on the second amendment, and like all gun laws, redounds to the benefit of the criminal class rather than providing any protection to the law abiding. As we also know, judges are impartial, and supreme court judges only take into consideration the constitutionality of a statute without regard to any other considerations.

So what are the odds this law will be struck down or limited in any manner at all? I'm putting it as somewhere in between the appearance of flying pigs and the second coming of Jesus Christ.

Posted by Billll at 3:20 PM No comments:

With a brand new all graphite form fitting exoskeleton that can support a corpse and make it wave its arms and walk from Boston Robotics, this thing fits under a pantsuit with hardly any embarrassing lumps or bulges. Easily guided by 2 "bodyguards" and powered by small, flat, battery packs from otherwise unserviceable Blackberrys supplemented by discreet power connections in the soles of the shoes to hot spots behind the podium.
Posted by Billll at 11:24 AM 1 comment:

Took delivery on a trail game camera and mounted it up high under the eave where it has a nice view of the drive, including my car, and hopefully isn't too conspicuous. 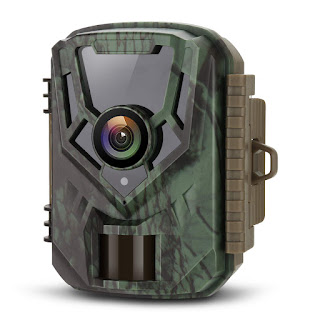 Priced in the low 40's, it comes with light weight mounting hardware, limited instructions, and nothing else. You need a sim card and 4 AA batteries to get started, and if you're like me, using it for home security, a 6VDC power supply for extended period use.

I've mounted it and checked the function, and so far so good. My original plan was to mount it indoors and let it look through a window, but the motion sensor seems to be of the ultrasonic variety which won't work through a glass window. So far my biggest complaint is the color scheme which while fine for out in the woods, is not so good against a beige house. Mounted up in a corner, it's 4 in high and 3 in wide and isn't as conspicuous as I had feared, still it would open up markets for Letscom to make the thing in beige so as not to stand out so much against a suburban house. In fact, they could probably make the front look like a birdhouse without trying too hard. Maybe just a snap-on cover.

I'll see how long it takes the wife to notice it.

Posted by Billll at 1:58 PM No comments:

The Mexican Border and the upcoming election

President trump recently offered President Lopez-Obridor of Mexico military assistance in dealing with the drug cartels that currently run the country, and the offer was refused. Why, do you suppose? Well it's like this; The cartels do in fact control Mexico much like the many little duchies used to control Europe, each one with its own borders, army, and prince. AMLO knows this as does everyone else, presumably including all the Dem candidates who are advocating for an open southern border. The cartels are willing to let him claim to be president of all Mexico as long as he doesn't think he's actually in charge of any of it.

Thus, AMLO is in bed with the cartels, whether he wants to be or not, and he understands that if he tries to get out of bed with them, he won't make it to the door. When El Chapos sons were recently arrested and turned over to the army, the cartel immediately rolled out their own armor and troops, better armed and equipped than the national army and attacked on two fronts, first pinning down the regular army, and at the same time opening a second front which visited the soldiers homes and began killing their families. The army anticipated this and had begun moving the families from on-base housing to more secure locations but not before significant casualties were inflicted.

This seems to be the current state of the state in Mexico. New cartels have sprung up specializing in people smuggling, which the narcos allow to exist as long as they don't try to expand into drugs. As the "refugees from Africa, the Middle East, China, and how could I forget, South and Central America arrive at the U.S. border, they are taken in by the cartel controlling the section of border they happen to bump up against, and hustled across the line.

Effective closure of the border to this sort of thing, possibly along with a reduction in the drug flow will probably result in more aggressive techniques for moving things, possibly involving use of the cartel armies to breach the border and deposit their products deeper inside the U.S. The last time something like this happened, the end result was the Treaty of Guadelupe-Hildago which established the current U.S. -Mexican border. The next time I suppose we might wind up owning all of Mexico, which at this point we could probably do with out. Perhaps we could just inform Mexico that the border was now 200 yards south of its present location, and the strip of land we take will be used to build a roadway with a big wall/fence on the south side of it, thus eliminating the requirement to buy or appropriate any land from American citizens.

Someone should ask the Dem candidates which of the cartels they would turn over control of their newly erased border to and how far north they will tolerate the advance of the narco armies.

Polling Bias - What they don't tell you

Everyone has seen the headlines blaring Trumps approval rating being in the low 40's and making you think he'll be gone by Friday. Now here's the rest of the story: All the leading Dem candidates are doing worse than the president:


Keep in mind that this a poll of 835 registered voters taken between October 30 and November 2, 2019 — or while Democrats and their media allies are on a 24/7 crusade to impeach Trump.

One other thing is that at this time in his first term, Obama was 3 points lower than Trump is now even with the 24/7 butt kissing Obie was getting from the press.

Posted by Billll at 7:00 PM No comments:

Why? Were they thinking of cutting back on it?

Posted by Billll at 8:06 AM No comments:

We just keep buying those guns, and at a slightly higher rate than the population increase. 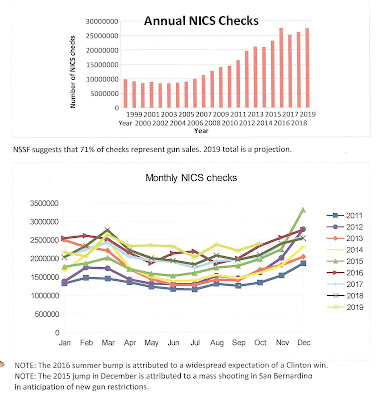