The Colorado chapter of Mayor Bloomberg's gun-ban club has lined up like so many trained seals and honked their horns in unison calling on the President to "do something" about guns:


The letter from Mayors Against Illegal Guns whose co-chairs are Boston Mayor Thomas Menino and New York Mayor Michael Bloomberg was sent Wednesday, seeking to require criminal background checks for every gun buyer, a ban of high-capacity rifles and magazines and to make gun trafficking a federal crime.

Not sure what a "high-capacity rifle" is, possibly one with multiple barrels. 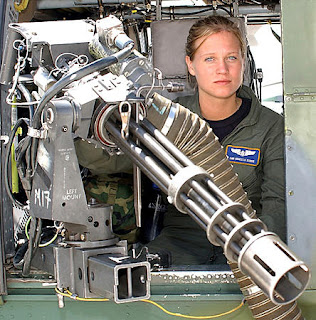 As to making gun trafficking a federal crime, we know good and well that Obama's not going to jail Eric Holder on this kind of a technicality.
Posted by Billll at 9:32 PM