The Future of Transportation, Overpowered

My favorite transport mode is what is called the "pocket rocket. That would be a "compact" car, with a generous sized engine in it. Your definition of compact may vary, but the Mustang, Camero, Cobra, Sunbeam Tiger, and others like that all qualify. Here's the big buck version: 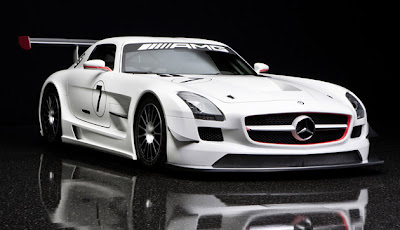 Asking price is currently estimated to be $270K, but the car won't be available until 2013, at which time I expect the price to be closer to a half mil.

Nice, but difficult to convince the wife you need this for the daily commute to work. There's no reason there has to be a dearth of fun cars available, they don't have to be SCCA contenders to be fun, after all, just reasonably quick, and not exorbitantly priced.

Imagine you're an overpaid executive at a big car company. One of the big 2-1/2, maybe, and you want to offer something people will buy. So you think to yourself, what the country needs, is a commuter car that's snappy looking, and more fun to drive than a Focus. Keeping in mind that 99% of all commuters travel alone.

So you have the production boys send you over a compact 2WD pickup. You toss the bodywork, shorten the frame, lower the suspension about 2-3 inches, and drop on a swoopy body, with an optional convertible top, and voila! the commuter car of the 21st century. Best part is that apart from the body, all the components were off the shelf. Think Ford Ranger, Dodge Dakota, or Chevy S-10. Adequately muscular motors and manual transmissions are already there, and more power is only a chip change away.

This would not be a track-ready, refined sports car, but you wouldn't be paying for that either. You bought it to drive to work, right?

The reason you won't see this is CAFE. This requires that the overall average fuel economy of all the cars your company sells be some 27 mpg, soon to increase to 35 or so. The pickups don't count against that, so the better engines are available, although that is scheduled to change soon too. Once you remove the pickup bed, however, it's a car, and counts against your average. Sell too many, and the government will nationalize your company. Oh wait...
Posted by Billll at 7:39 PM