I was out of town shooting this weekend at the Cameo Shooting and educational facility in Palisade CO. Did anything happen?
The hotel owner was one of the participants: 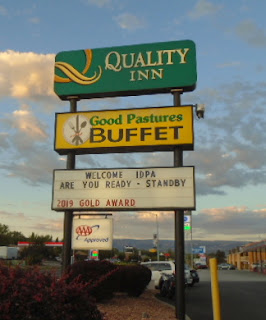 The Cameo range facility is the biggest and fanciest in the country. Here's part of the backstop. 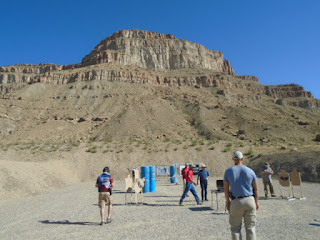 As a by product of the location surrounded by rock walls like this one, every shot would echo several times off the various formations. You gotta be there to appreciate it. Definitely worth the trip.

You also get to meet the nicest people: 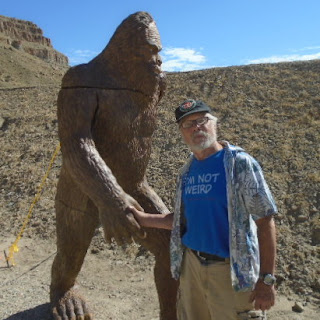 Offer him a banana: 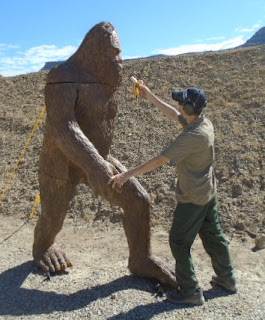 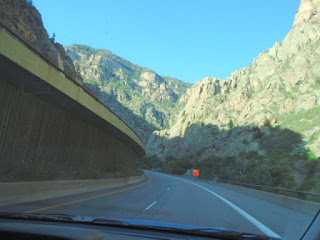 This is Glenwood Canyon
And the trees stop growing at about 11.200 ft altitude:

To put the best possible spin on it, I finished 2nd in my class Most of the points I lost were due to brain farts rather than anything related to my shooting. More pics at the Cameo facebook page. As I'm not on Facebook. I can't get there from here.
Posted by Billll at 10:09 AM

Yes Bill I love this area If you go twards the Airport turn on H road go to 271/4
road follow it about 7 miles, there Barite, Calcite and Siderite in the hills in the
Brown Nogals. Allso Pull & Pay had a 40% off to day only 1 Jeep of the proper age
But it had a Manual transmission (dammit)