I have at least a passing interest in coil guns and rail guns, so when someone comes up with a really well done version of one of these, I have to give credit: 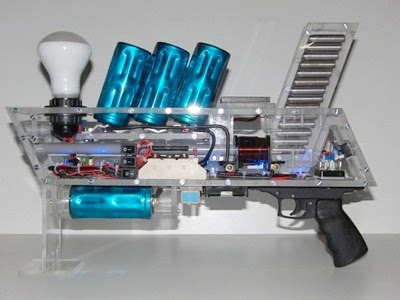 The cool factor is significant on this one, and it's enough to convince me to at least consider starting work on an AC voltage rail gun which could become a fully automatic rail gun, done properly.

Found on Firearms Blog, with refrence to the builder, David Eindhoven.