That benchmark staple of the pilgrims in 1620 lasted up into the early 1800s in one form or another, Records of inventories of firearms owned by the populace in the early 1770s noted some percentage of blunderbuss, evidently used as fowling pieces, or shotguns. The spread of shot, with a shot cup, as in a modern shotgun, is about 1" in diameter increase per yard of flight. In a blunderbuss, with a real barrel of limited length, the funnel mouth probably acted as a choke to limit the spread to an amount that would leave some to hit the bird at 30 yards or so.
This one 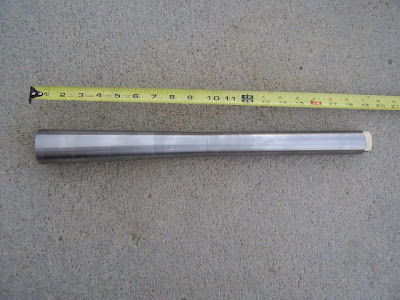 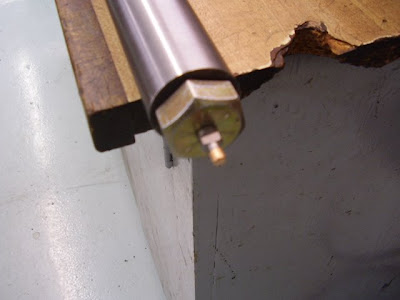 Is made from a 3/4-16 UNF high strength bolt, drilled thru at 1/8", then tapped 1/4-28 for the nipple, and center drilled on the inside. This causes the powder to fall into a recess that will hold it right under the percussion cap, and improve the reliability of firing.
Here's the business end: 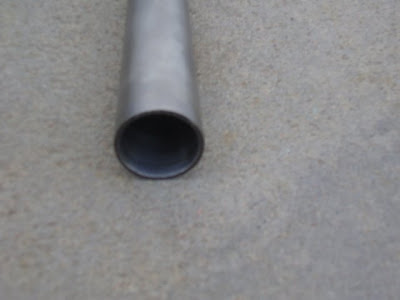 Wood will be added at some point, and some kind of lock, but since that's not my department on this one, I wouldn't hold my breath waiting for pictures or a report of what 16 dimes did to the backstop.
Posted by Billll at 8:19 PM