There have been many suggestions as to how the parties might be improved, with the obvious ones like not giving high party positions to the most Evil or Stupid persons in the party being roundly ignored. After all who's going to vote themselves out of a position of power.

Roger, the Real King of France, has a suggestion for the Repubs:

The solution to this long-standing problem of GOP incompetence is easy. My preference would be to turn the party over to Sarah Palin to remake entirely, with fresh people with fresh (read "tea party") ideas. Absent that, and likely more palatable to weak sisters, is to turn the party over to Karl Rove, with the caveat that nobody who served in the Bush Administration (either one), or was a Speaker of the House, is allowed in the building. Victory follows.


Sarah Palin is a nice person. Possibly too nice. My preference for party leader is Mr. Rove. To my mind he's the first of a long line of Sith Lords, which is exactly what the party needs at this point. RINOs to the aft airlock, and "We Brake For Nobody" on our bumper sticker. 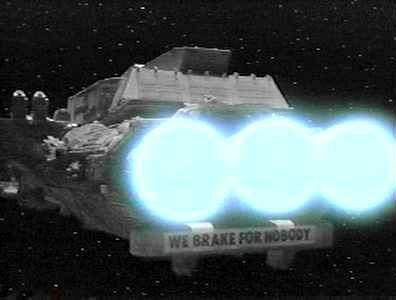 I'm not holding my breath on this one.
Posted by Billll at 8:16 PM