Long overdue idea to relocate the famous hive of scum and villainy to more suitable accommodations, here's a suggestion. There's a 105 story hotel needing only a bit of interior finish work to be ready to host the world's representatives in the style in which most of them would like to become accustomed. 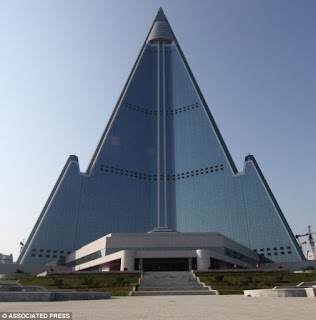 The Ryugyong Hotel in Pyongyang North Korea awaits with restaurants, living quarters, office space and meeting rooms suitable to the status and dignity the organization has accrued over the years. Passing the hat among the membership would surly quickly raise the billion or two necessary to put the finishing touches on the structure with enough left over to assure the approval of DPRKs top leadership*.

**What the Chinese call him, informally of course.