How To Succeed In Education

First off don't major in education. Major in something useful like deconstructionism of gay female African pottery, then get a job as the administrator of multiculturalism at the local middle school. Think I'm kidding? Check this: 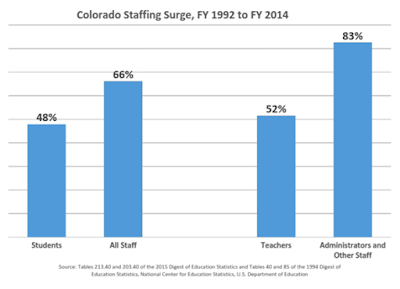 The first hint is that staffing is going up faster than the student population. The second clue is that administrators are getting hired faster than teachers.

One other takeaway is that Colorado student population seems to be growing at least twice the rate of the other states in this article. People are fleeing the socialist hell holes like CA, IL, and NJ and coming here, where they vote in more socialists. Better border controls are obviously called for.
Posted by Billll at 10:22 AM

Perhaps a requirement to show a hunting or fishing license before being allowed to emigrate? :)