The Future of Transportation, Milage

Volkswagen has poured a bunch of money into developing a rolling spaceship that delivers some 285 mpg of diesel with no help from batteries at all. Agin, My complaint is that they put too many wheels under it, which makes me ask what kind of mileage it gets sitting idling in the non-carpool lane with the rest of the peasants. With one less wheel in the back, I'd be down at the dealership, pushing money under their door until they opened. 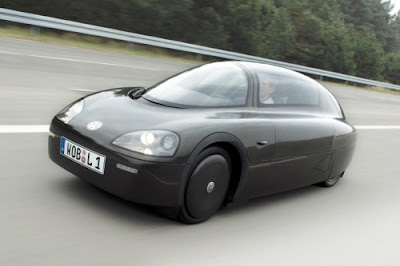 Spiffy, no. Still, if you dig a bit you find someone has already been there. Here's a report of a car entered in a Shell Oil fuel economy contest in 1973 that got 276 MPG. 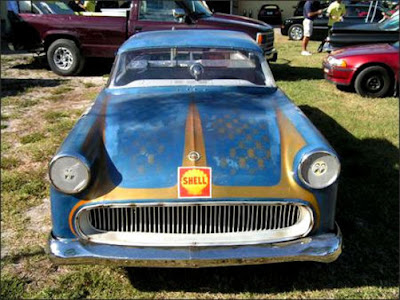 Not as spiff, but arguably capable of seating 4 adults.

I saw an ad, produced during the 1974 gas crisis, by Volkswagen, showing a VW Beetle that had been modified by the factory to get some outrageous number of miles per gallon using only the parts and pieces from a 74 Beetle. Admittedly not much was left of it, but I did appreciate the thinking that went into it. The finished car retained the outlines of the Beetle, and ran on a stock engine with 2 of the cylinders removed. Also removed was everything not absolutely necessary to hold the 4 wheels together, and support the jockey driving it.
Posted by Billll at 1:52 PM