Went to a thing called Spirits and Sparks featuring fire drums, fire music, a really nice French food truck, a DJ, and about 15-20 craft distillers making everything from traditional moonshine to some pretty good whiskys, rums, gin, vodka, and other stuff. 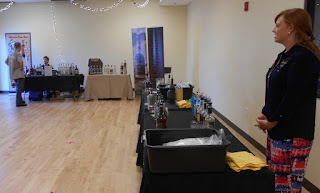 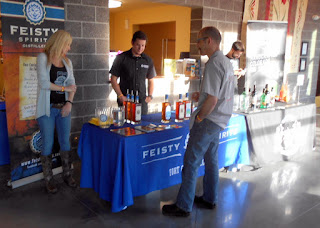 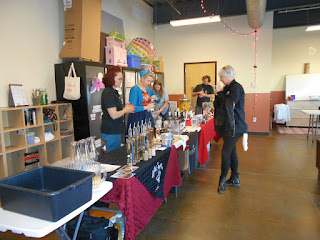 These pics were taken early, before the official opening. Once it got going the place was pretty full.
The Denver Mad Scientists Club provided a bit of the entertainment at our table 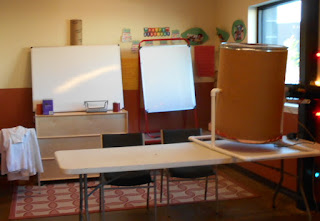 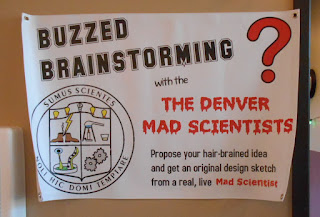 providing instant solutions to whatever problems you might have. We added a disclaimer at some point denying all responsibility for injuries, dismemberment, jailing, or whatever else might accompany implementation of our suggestions, but generally we provided some good solutions to everyday problems. That barrel on the table is a smoke ring generator that can toss a 12 in smoke ring all the way across the room. Smoke was provided by a generator on the right side, barely visible.

How's your Latin? Translate the motto on the sign and win 10 extra points. Click pix to enlarge.

All in all a fun event. I had no idea there were that many craft distillers along the front range. I had some coffee liqueur from  Black Canyon Distillery that was better than Baileys.