It would seem that the worlds greatest gun salesman, BHO has lost his edge and even in the face of projected massive riots in St. Louis, sales this year will lag the preceeding year for the first time since
2002. 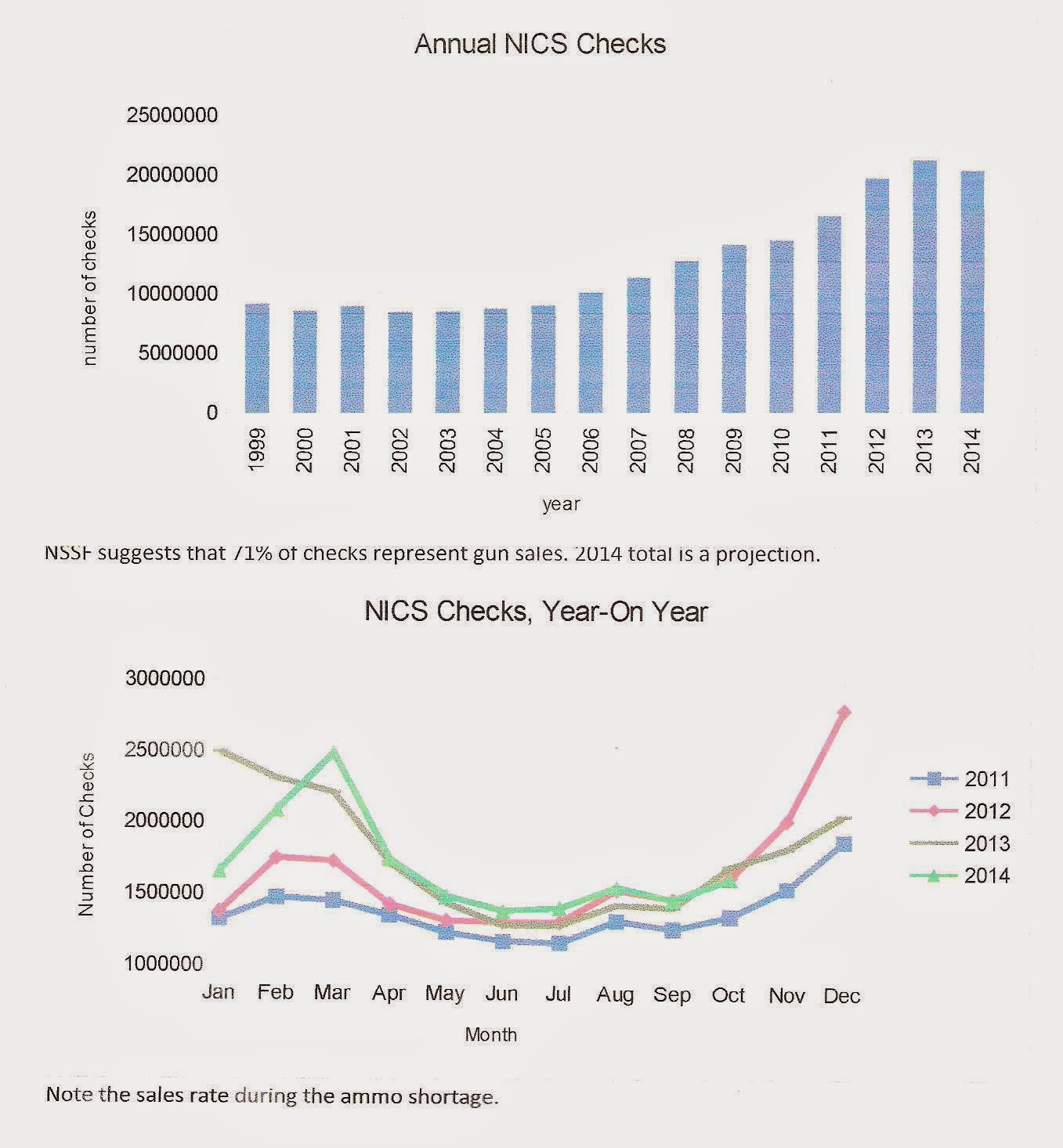 The flip side of this is that we may well see some nice Christmas discounts and even better post Christmas sales on firearms. The decreasing sales should, in theory, be accompanied by greater availability of ammo.
Posted by Billll at 9:30 AM

Colt has not been properly managed in the past 50 years
Rem is a PC east-coast, in Big Guv's Pocket dinosaur
Ruger, for the 1st time is making arms that do not need a Ruger mag, but way too late
As for sagging sales they are low only compared to the BHO Boom

Ferguson looms as the next bubble