Having gone back to work, I haven't been out on the street since last weekend. Today I got back out and discovered that the Hudak Brownies were out in force. More than ever complete with hippie chicks with tambourines and someone out on work-release from the local home for aging refugees from the 60's with a cowbell. Their signs continue to get stranger as well. One said "Shotguns for Signatures" on one side and "Selling your signature for $3" on the other. I asked where I could sign up for a shotgun and was curtly rebuffed.

More cowbell works. We were doing great. Several bikers and radio personality Peter Boyle, inspired by the D.C. motorcycle event decided to come out and hang with us at the 80th and Wadsworth site and everything there progressed peacefully. At another site however, the Brownies were noticeably more proactive, jumping out into traffic, shouting into peoples windows, and getting in the faces of those attempting to sign a petition. The police were called and the harassment ended. Why are anti-gun people so violent?

Saw one of the door hangers distributed by the Hudak people. Very professionally written and printed, the sort of thing the government might put out to warn the citizens of the presence of a rampaging rabid werewolf. Petition circulators were described as either identity thieves or sex offenders. Shades of the land shark skit from SNL. I'll try to get one to put up here in the next day or two. 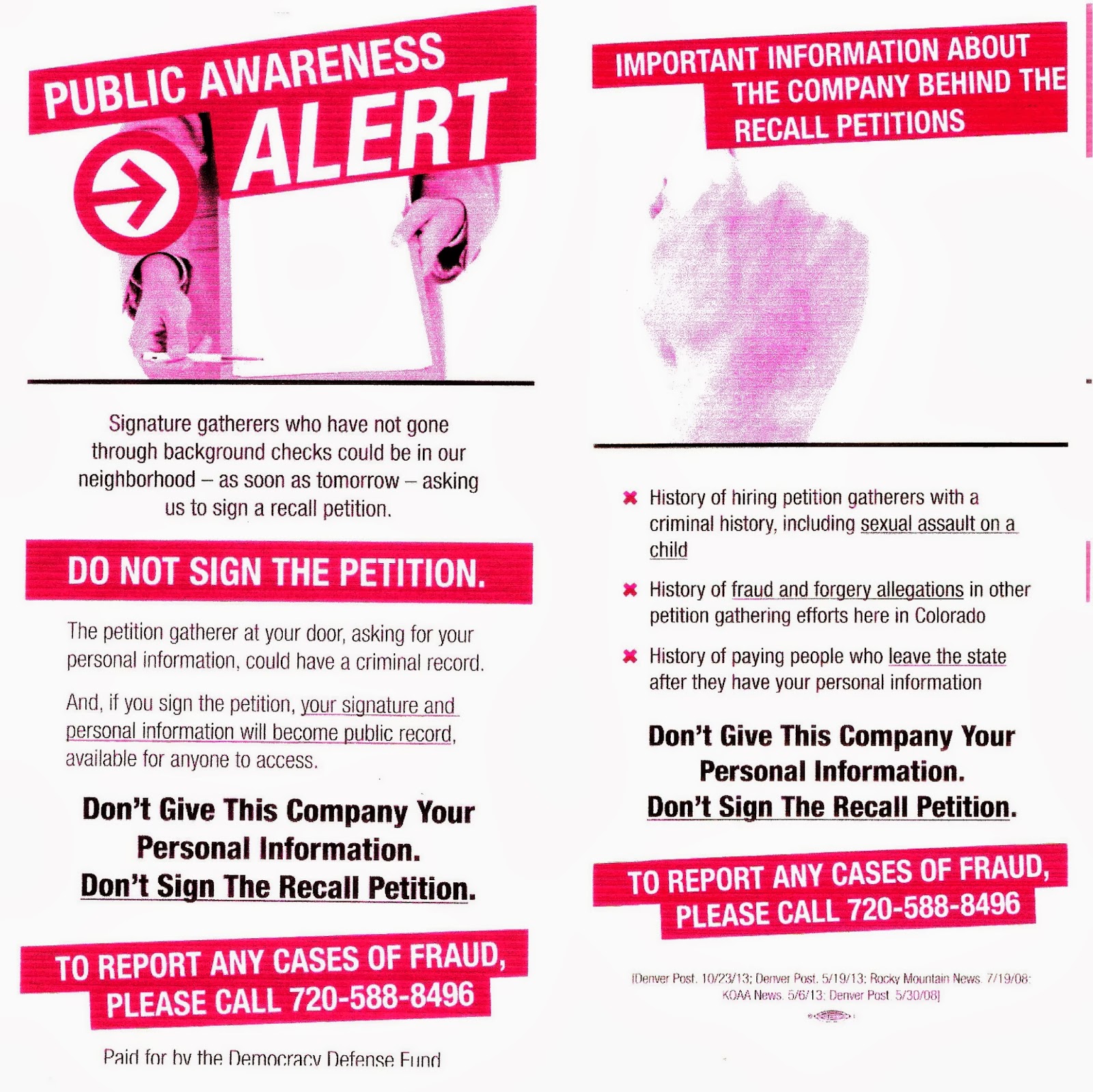 Here we are. Click to enlarge to readable size. Dangerous aren't we?
Noticeable here is the ad hominem attacks by the Hudak folks. Not one had anything nice to say about her, just attacks on her opponents. I take that back. One gent had a sign reading "Evie Hudak hasn't taken my gun". I pointed out to him that he had left off the final word, "yet". Having the oversight brought to his attention seemed to put him out of sorts for the rest of the day.

Halfway through the process, signature collection is still on track, but warm bodies are needed. Having a smart phone or a tablet would be a plus. Volunteer at Recall Hudak headquarters at 11651 W. 64th Ave, 8AM to 8 PM seven days a week.
Posted by Billll at 7:13 PM