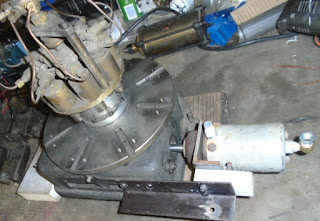 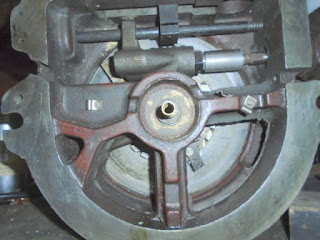 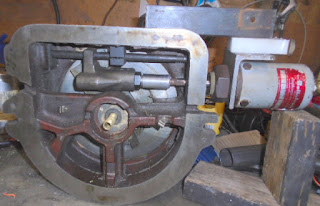 Still have no idea how the top is supposed to be removed from the bottom, and there is no indexing mechanism to set the table after each rotation. Oh well, some assembly is required.
Posted by Billll at 6:48 PM

so this is a mechanical jig saw puzzle??

Even better. There are no instructions, and no one has a clue what the thing was originally intended to do.

Mad magazine once published a sketch of assembly poetry beginning with something about tab A and slot B which ended with a sketch of the by now certifiably insane assembler standing next to a 3 ft tall replica of the Eiffel tower and the last line of the instructions reading "Your Sherman Tank is now complete."

I wish I could find a copy of the original.