Nothing like a school shooting to bring the antis out from under their rocks waving the same legislative placebos they've been pushing since the invention of the rock tied on to the end of a stick. This time they have some 15-18 year old sock puppets to front them and with the usual suspects standing behind them they see an opportunity to make some real progress toward the goal of disarming the American public.

The extra loud screeching and offering of extremist legislation however, seems to be having the opposite effect: 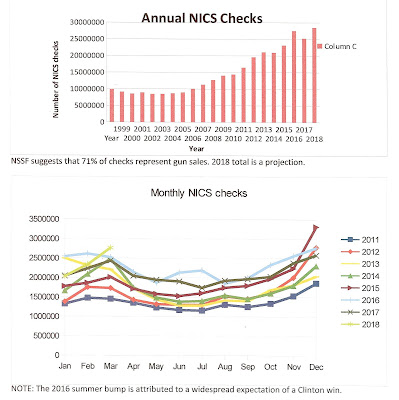 You can complain all you want to the city council, but if the council is 100% Donk, they have no reason to listen to you and certainly won't. The way to get them to listen is to get some of them to lose their jobs which is a reachable goal in most towns. The problem is to find a level headed candidate, and then get the Reps in town to turn out en masse to actually vote for him.

Or you can just buy more ammo.
Posted by Billll at 3:55 PM