Here's 2 stories about the audit currently plodding along in Maricopa County AZ. First the bad news. The Dems, who have been moving heaven and earth to stop the thing have won an agreement with the Republicans who demanded it in that the auditors will no longer judge ballot validity based on signature matching. That is it now no longer matters if every absentee ballot in the county was signed by the same person.

Next up, the (possibly) good news is that it appears that computer equipment used in the voting and counting had been fitted with removable storage devices that were removed and stored in "undisclosed locations" by "undisclosed persons" who may or may not have been working for either Maricopa county or Dominion Inc. There is no record of custody. 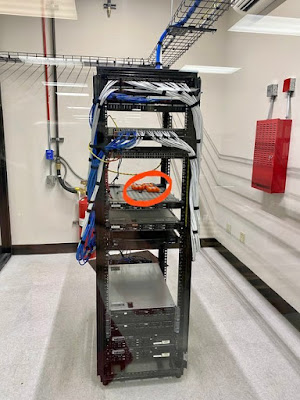 My own uneducated guess would be that someone was warming the hot dogs they were having for lunch on the servers, but I'm assured by the article that those are removable data storage devices.