The problem with this is that most of the kids currently getting killed are members of predominantly black or Latino gangs which typically are not very "diverse". Thus, to get police reform, we must first come down on the non-diverse gangs to force them to admit members from outside their own ethnicities. We also need to get after the larger gangs to get them to diversify their upper management.

UPDATE: Seems I spoke too soon, so shame on me! Here's a collection of mugshots of people arrested in Portland from a BLM demonstration: 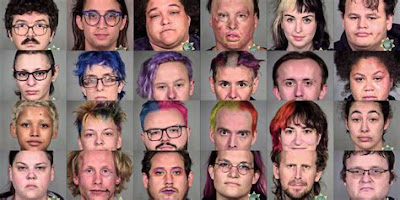 Looks like the diversity problem is being quite aggressively addressed.