So it's over, and if you weren't there, you should have been.

Flying to Reno is always an adventure inasmuch as only US Air and Southwest actually fly there. Southwest is direct for me anyway, but pricy. USAir goes through Phoenix. Take the early flight and pay less, or take the next flight, 3 hours later and pay more. Either way you catch the same connecting flight to PHX. 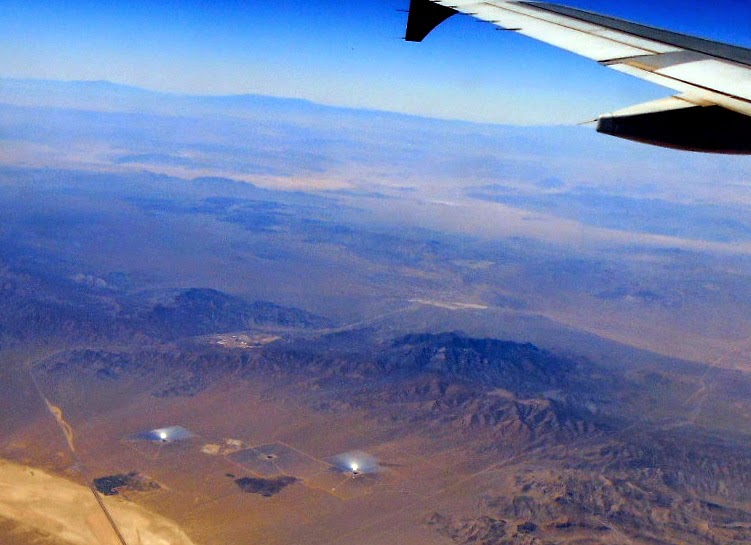 Like the bird roasting solar facility in CA down there cooking chickens or something for the Colonel.

Two days at the Washoe County range where there was plenty of space and lots of stuff to shoot. Here we are approaching the range. It's just below the reddish break in the mountain, near dead center.

Special Interest Arms brought some of their toys: 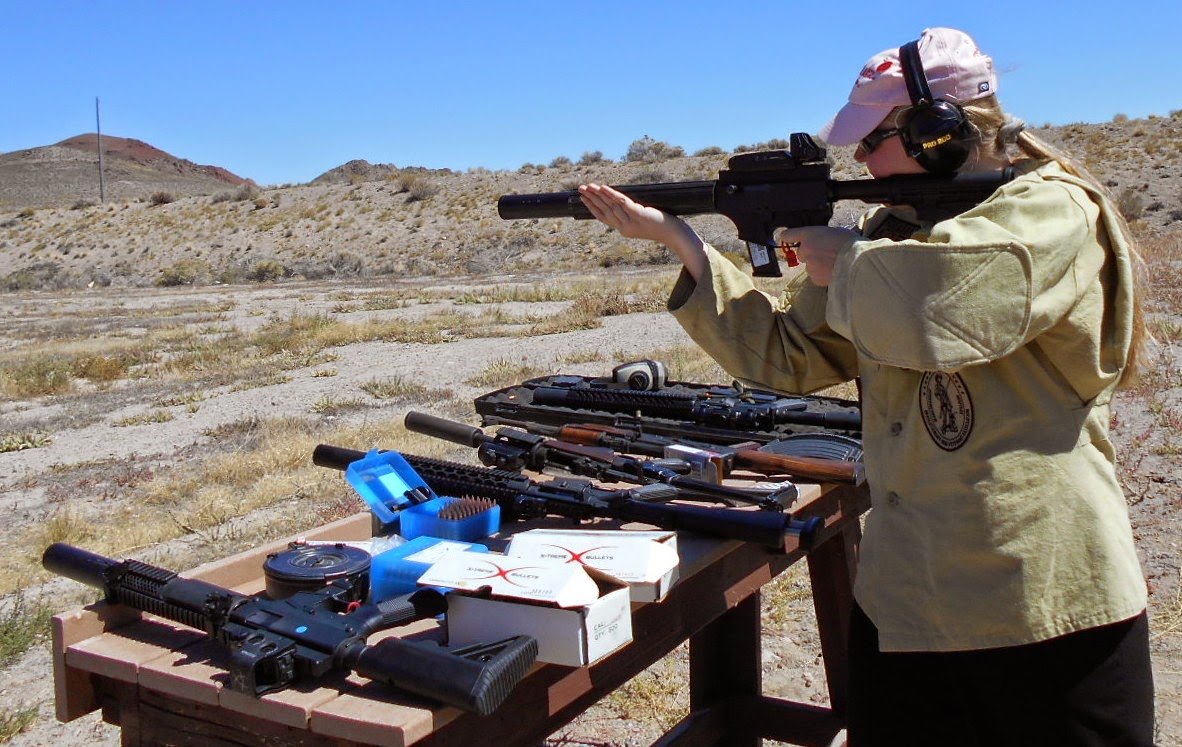 Note that everything on that table is suppressed. One of them was fully automatic as well. Liz thought this one was double tapping. It was pointed out that the bolt was clacking back when she pulled the trigger, and clacking forward when she let off. The gun was firing once, but the noise was so much less than the bolt that it was being lost. Someone commented that they've used office staplers noisier than this.

Saturday we went back and tried our hands at Steel Challenge. One setup I hadn't seen was the "One-Second Challenge". Here's Smallest Minority having a go: 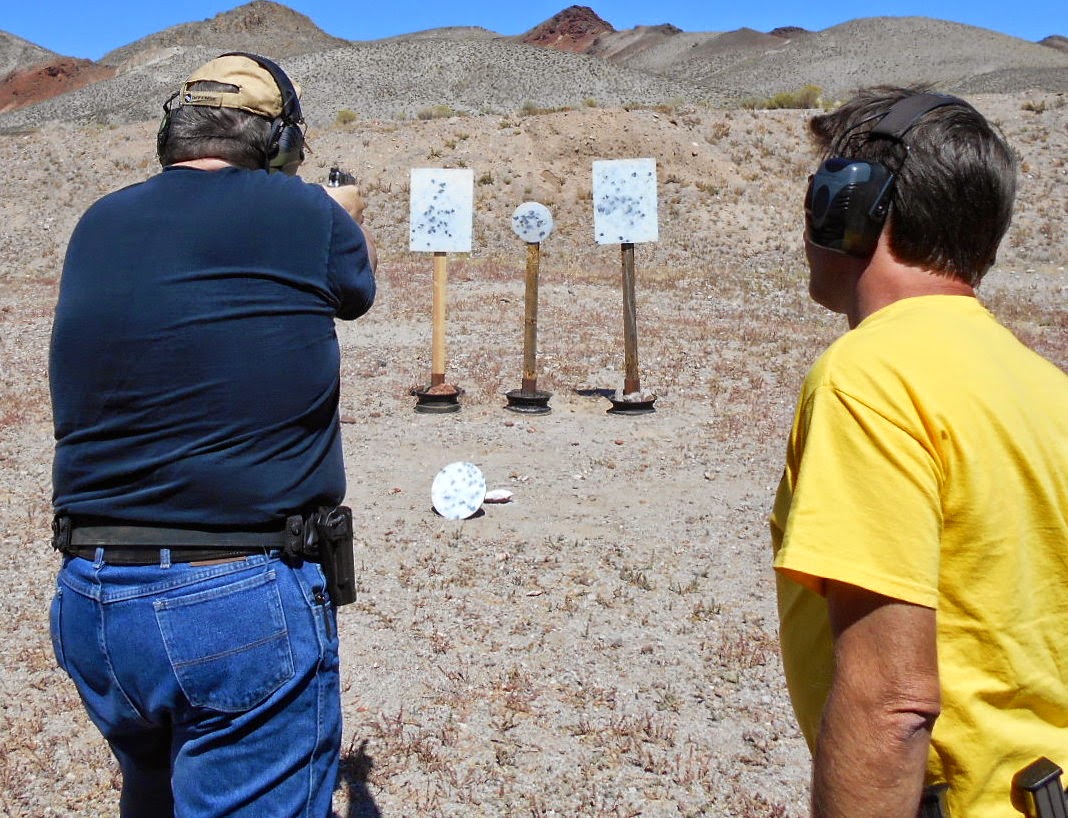 There is about a foot between the plates, and the object is to double tap each of the big plates, then hit the stop plate in the center in under one second. None of us did that although several of us broke the two second mark.
Check the swag that found its way into the raffle, including a genuine Unicorn: 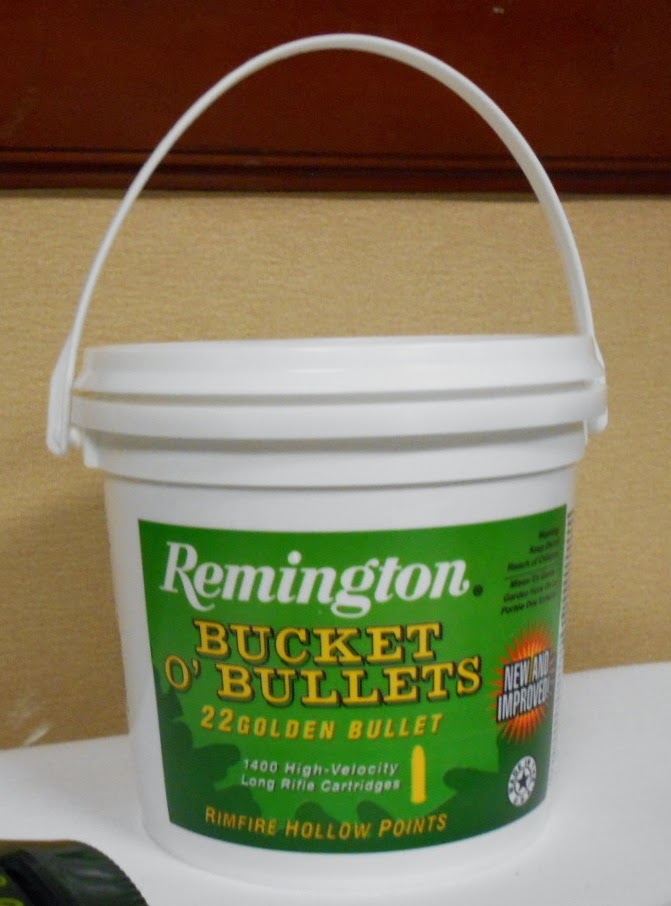 Yup, 1400 rounds of .22 LR in one package. Donated by Bear Bullets. I did not win it.
Also included was a Ruger Huntsman in a custom holster by Engineering Johnson. Didn't win that either. I did win an AR lower receiver, so I now own a genuine Evil Black Rifle. Sort of. Some assembly required. Batteries not included.

The TSA had an extra special theater presentation for my traveling trunk that put me off enough that I forgot to toss my little CRKT pocket knife into it so I had to put it in an envelope and mail it to myself. $14.00 shipping and 4-6 weeks delivery. I feel safer already. I did win a much larger and more dangerous looking knife with a Mossberg logo on it. I don't know for sure but it may well have been Mossberg that donated that and the hats. 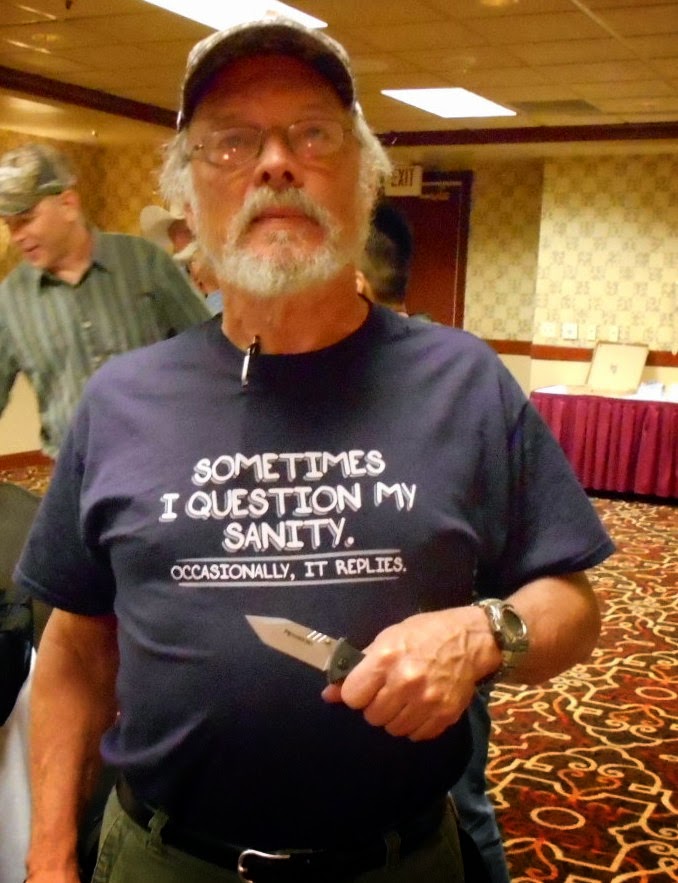 MKS Supply donated a Hi Point 4595 carbine and a bunch of hats and shirts.

All told we raised about $4000 for Honored American Veterans Afield (HAVA).

More details are at the GBR link

That was fun! Let's do it again next year!

I've already started working on a better way to get to Reno.

Good to see you again Bill!