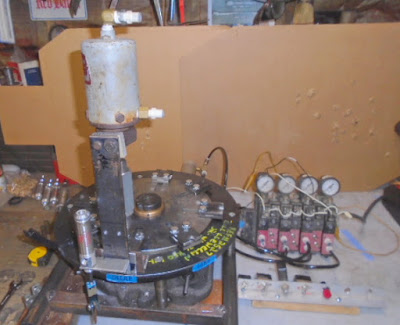 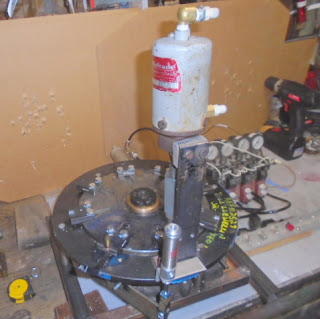 Just a suggestion, take it or leave it, but check for a primer with a photocell. Shine a light into the case and look through the primer hole for light. To check the powder charge, use an adjustable mechanical sensor with a go/no-go measurement.

Very reasonable idea on the primer check. I want to check for not only presence but for orientation as well as upside down primers though rare, crop up when you need them least.

I have a powder charge checker die in my Lee press already. Just a wood plug that lifts 2 batteries up against an LED wire. Makes a bright blue light in my face if there's too much powder.

Something similar in the powder dispenser would turn on a red light when the level got low. I think I'll build it into the lid.