Pickups From Down Under

I have been looking over the offerings in the way of small pickups and have discovered that anything much smaller than a Kenworth just doesn't seem to be available in the U.S. Outside the country, however, there's a bunch. In Mexico GM sells the Tornado/Montana whose name varies depending on weather the Montana van in also offered, and Ford has the Bantam/Courier .
Chrysler has the Ram 700, a Fiat Stradabased pickup 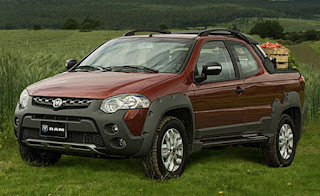 Shown here in long cab configuration, this is a 3-door.
GM has the Tornado, a Chevy Cobalt based unit

Ford has been selling the Courier,based on the Focus 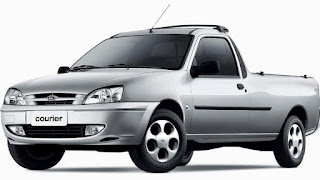 for a while now  and the Bantam . 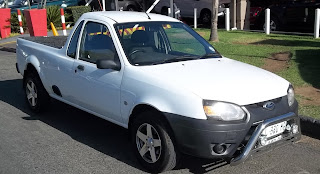 The Courier may even make the US market eventually.

The long cab version is called the Crewman.
To the best of my knowledge, no cars are currently being produced in Oz right now. Seems the government originally subsidized auto manufacture to the tune of some $3200/unit in order to increase employment, but couldn't keep that big a subsidy going. The subsidies ended and the resultant economics produced no profit margin for anyone. Sucks to run out of other peoples money eh? Aussie cars are currently being built in Thailand.

Nevertheless, you can get a Falcon or a Holden in the U.S. if you don't mind paying a premium for the shipping and the required mods. Left Hand Utes will build you a Ford or a Holden in the $45K and up price range which will be equipped with either a Corvette or Mustang V8. Nice looking cars, real head-turners, and fast as well.

The process starts with getting a nice clean ute in Oz and having the engine and tranny removed. This makes the remainder classified as “parts” rather than a automobile, which the feds would confiscate at the port of entry. The parts arrive in Denver and the remaining odd bits are removed, the headlights, parts of the electrical system, the dashboard and the firewall panel. These are replaced with matching parts from a donor car, either a Mustang or a Pontiac GTO. The finished vehicle is given a US title, using the original VIN number and is ready to go. 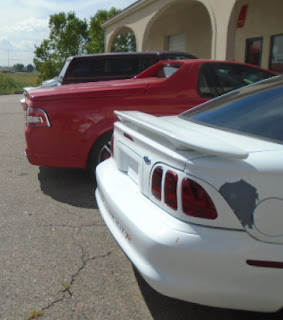 Next to a mustang for length comparison.

Standard equipment includes a fiberglass bed cover and everything you'd expect in a performance vehicle.