As of September, the curve is at least headed back toward levels where we would expect it to be but gee, nothing like a violent "idea" out there burning large areas of town down with the tacit approval of city governments to give people the idea that perhaps they are their own first responder and that there is popular support for the idea. 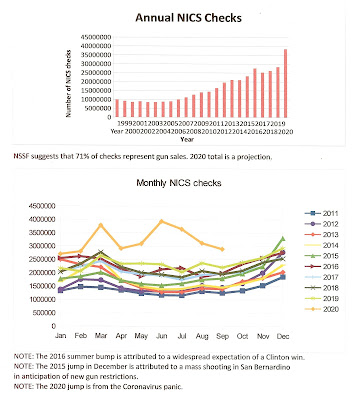 Still looks like a record year for gun sales and probably CCW permits where they're allowed. Those Democrats sure know how to sell guns. Hopefully this dropoff in sales will get some components and ammo back on the shelves.