We all knew there was a panic buying binge on guns, exacerbated by the government trying to use the virus as an excuse to shut down gun stores, and here's the result. I expect that any given month will be a bit higher than the same month the previous year, if only to account for population increases, but this really stands out: 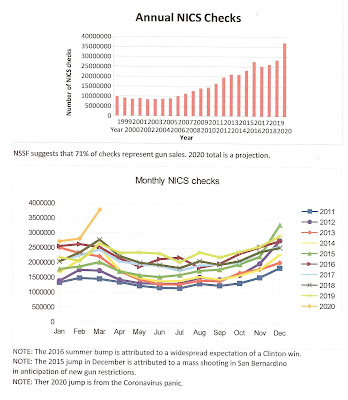 I think this surpasses the Clinton panic of 2016.Don't know if the projection for the year will hold up or not, I suspect not, but it ought to cause the gun grabbers to fill their Depends at a similar rate, don't you think?